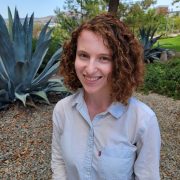 Gretchen is an undergraduate in the Bioengineering Dept. She works with Aaron Berliner on CUBES project specifically Modeling a Martian Biomanufactury 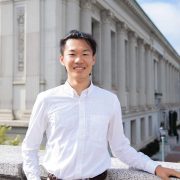 Han is a senior undergraduate in the Bioengineering Dept. He works with Dr. Bernstein on mechanistic modeling and machine learning to monitor environmental contamination through genomics. 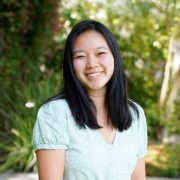 Kylie Akiyama is a second-year bioengineering undergraduate at UC Berkeley with an interest in the convergence of synthetic biology and space exploration. She is currently within the FPSD division of CUBES, working with Dr. Jake Hilzinger to improve the group’s capacity to metabolically engineer A. platensis for small molecule production. 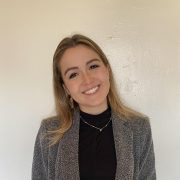 Paulina was an undergraduate senior in the Bioengineering Dept. She worked with Dr. Ruoshi Yuan on biomolecular nanotechnology using fluidics and chips. She has gone to work in industry. 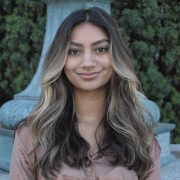 Farrah is a second year undergraduate student studying Bioengineering and Electrical Engineering and Computer Science. She is a member of CUBES project working under Aaron Berliner. Farrah is currently developing a model that simulates how metabolic rate of crew members fluctuate during space travel and extravehicular activity under varying conditions. She is also researching data for microbial biomanufacturing. 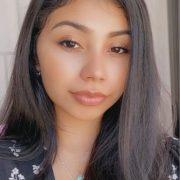 Sofia Milian is an undergraduate student attending Berkeley City College (BCC). Works on ENIGMA project assisting the researchers in the preparation of material. Due to graduate from BCC in the fall of 2023 then transfer to a four-year university, to pursue career in BioTechnology 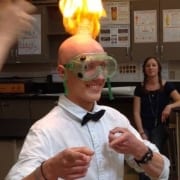 Nick Nolan was a Bioengineering and EECS sophomore undergraduate student in the Arkin Laboratory at UC Berkeley; his research topics were in viral engineering and control theory, though is always willing to delve into other topics of interest. As much as science is important to him, science education is equally so–thus he has organized the 2019 BioEHSC™, a Bioengineering High School Competition, the largest high school-specific competition of its kind in the world, as Junior Chair, and looks forward to serving as Senior Chair in the competition’s next annual iteration. 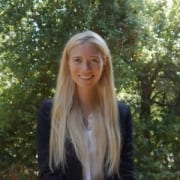 Avery was a fourth year undergraduate student at UC Berkeley, currently working towards a double major in Economics and Molecular and Cell Biology with an emphasis in developmental genetics. She is interested in how the intersection of her two academic disciplines come together to further the research behind space exploration. In CUBES, Avery was working towards optimizing an elemental balance in a martian biomanufacturing system through the use of techno economic analysis. Outside of CUBES, Avery works at a biopharma consultancy and hopes to move into biotech in the future. 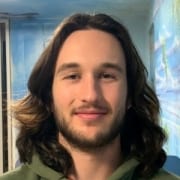 Anderson Lee was a third-year undergraduate student at UC Berkeley studying Bioengineering with a focus on Synthetic and Computational Biology. He was optimizing the production of biopharmaceuticals to be utilized during space travel. In previous companies, he has developed an ELISA procedure to determine the concentration of a tumor-detecting drug in biological samples and enhanced a mobile, quick diagnostic machine that scans for viruses. Previous to the Arkin Lab, he worked in Mohammed Mofrad’s Cell and Biomechanics Laboratory at UC Berkeley where he used neural networks with backpropagation to predict a virus’ host based on the genome of the virus. In the future, he sees himself using synthetic biology to conquer problems inherent to the nature of space travel. He believes that technology already present in nature and perfected with evolution can be the key to send humans to other planets. 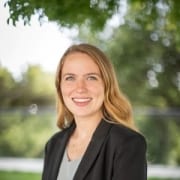 Brooklyn Brace was a fourth year undergraduate student at UC Berkeley studying Molecular and Cell Biology. She has an interest in microbiology and genomics and how they apply to bioengineering. Brooklyn joined the Arkin Lab in 2019, and she was working on the CUBES project in the MMFD division investigating genes important for nitrogen fixation. Previously, Brooklyn worked in a synthetic biology lab at Columbia University working on the development of a multiplexed drug screening platform for small molecule inhibitors of viral proteases.