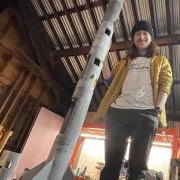 Asa Garner is a Sophomore studying Mechanical Engineering at Cal. He is a member of the CUBES project and is working under Aaron Berliner to study offworld nuclear engineering & develop methods to additively manufacture fissile material. He is also a lead for the Cal liquid rocket propulsion group ‘Space Enterprise at Berkeley’ 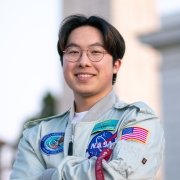 Skyler Chan is studying Electrical Engineering and Computer Science at UC Berkeley, and he has wanted to become an astronaut since he was 3. In high school, he learned how to fly gliders, and was involved in various student-led space organizations. One of his goals is to make humanity an interplanetary species within our lifetime, and he joined CUBES to advance this mission. Currently, he builds in the Systems Design and Integration Division of CUBES. He is interested in exploring sustainable design on Mars, such as, how to build the first self-sufficient Martian cities. To Skyler, the idea that the choices we make designing the first Martian habitats today will have an impact on the future of humanity never gets old. In his free time, he can be found flying drones, PR-ing at the gym, and filming videos with friends. 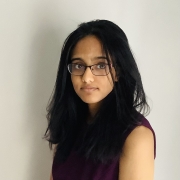 Snigdha is a freshman at UC Berkeley studying Genetics and Plant Biology. She is working with Dr.Sander on the CUBES project because of their work with the growth coupling of polyhydroxyalkanoate production in species of Cupriavidus for applications in space exploration. She is interested in studying the genetic engineering of metabolic pathways in bacteria and algae, especially in the broader context of sustainability.
https://arkinlab.bio/wp-content/uploads/2023/01/Freshman_Sp2023_Headshot_Jagarlapudi.jpg 1514 1369 Gwyneth Terry https://arkinlab.org/wp-content/uploads/2020/08/arkinn-logo-black-400.png Gwyneth Terry2023-01-18 18:18:592023-01-25 17:54:42Snigdha Jagarlapudi 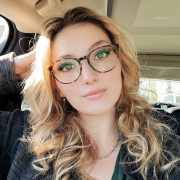 Gwyneth graduated from UC Berkeley in 2020 where she did nearly 3 years of research and a fellowship in reproductive neuroendocrinology, chronobiology, and cellular biology. She then transitioned to the UCSF-Gladstone Institute of Neurological Disease where she pursued novel research into the contributions of cellular energy metabolism and bioenergetic failure to neurodegenerative disease pathogenesis. Following this, she worked as a Senior Research Associate at Conception Biosciences where she focused on the development of biotechnologies to turn stem cells into viable eggs for individuals and couples to overcome physiological, age-based, and sexuality-based barriers to reproductive success. With NASA CUBES and the Arkin Lab, Gwyneth is developing innovative approaches to build on the Arkin Lab’s recent successes engineering Spirulina for nutrient, pharmaceutical, and flavor production with applications for supporting human exploration of space. She is devising innovative ways to further improve the efficiency of engineering this previously recalcitrant organism and determining the best routes for metabolic engineering of these critical products. She is also interested in pursuing questions surrounding human physiology and reproduction in space with the goal of improving health outcomes for astronauts and space travelers both during missions and upon return to Earth. When she’s not in the lab, Gwyneth loves to spend time with her puppies—Willow and Pandora—and enjoys playing guitar and reading novels. She also fancies herself an amateur shark diver and is on the Board of Directors for a literacy nonprofit. 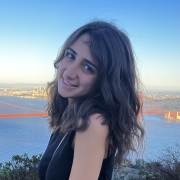 Joyleen is a freshman studying Aerospace Engineering (part of the inaugurating class) at UC Berkeley. She will work with Dr. Aaron Berliner a postdoc in the Arkin Lab on the development of Space Bioprocess Engineering metrics involving sustainability and supportability. 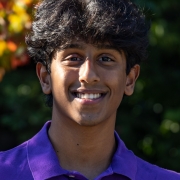 Rahil Shaik is a second-year chemical engineering undergraduate at UC Berkeley with an interest in studying manufacturing automation, battery materials, and semiconductor design. He is working with Dr. Kyle Sander to develop process models and 3D design modeling. 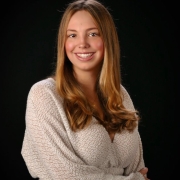 Sophia is a sophomore at UC Berkeley studying Molecular & Cellular Biology and Economics. She was initially drawn to CUBES because of their work with In-situ Resource Utilization and is interested in studying different forms of life in strenuous environments. In her free time she enjoys surfing, playing soccer and reading novels. 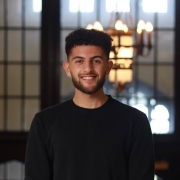 Adam is an REU scholar from Western University in the Integrated Science department, and worked with Kyle Sander on the CUBES project. Adam is creating a targeted mutagenesis library to screen for a microbe’s optimized pathway to bioplastic production (measured via HPLC and flow cytometry) for the creation of a high-throughput, sustainable space bioprocessor. On his free time, you can find Adam playing sports at the beach, exploring new places with friends and family, or at his makeshift barbershop giving haircuts. 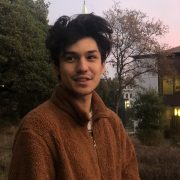 Spencer Zezulka is a senior at UC Berkeley studying MCB and astrophysics. He joined CUBES in October 2021 and is working with Aaron Berliner to computationally model compact object accretion disks in search of a potentially habitable region. Outside of his own aforementioned project, he assists his teammates at CUBES in data visualization and mathematical modeling. Aside from astrobiology and data science, Spencer is interested in music and education, and helps direct an organization providing free college admissions prep to communities in the Bay Area. In his spare time, Spencer likes to read, play piano, and game. 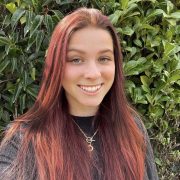 Cameran Casale is a second year undergraduate student at UC Berkeley studying bioengineering. She is currently working with Aaron Berliner on the CUBES project. Through her work at this lab, Cameran is interested in exploring different biological applications within space systems, such as the utilization of biologically derived materials in the development of nanoscale devices.